Interviews with patients and families reported 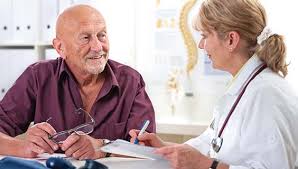 Gallagher et al. state that patients want "information about what happened, why the error happened, how the error's consequences will be mitigated, and how recurrences will be prevented." Interviews with patients and families reported in a 2003 book by Rosemary Gibson and Janardan Prasad Singh, put forward that those who have been harmed by medical errors face a "wall of silence" and "want an acknowledgement" of the harm. With honesty, "healing can begin not just for the patients and their families but also the doctors, nurses and others involved." Detailed suggestions on how to disclose are available.

A 2005 study by Wendy Levinson of the University of Toronto showed surgeons discussing medical errors used the word "error" or "mistake" in only 57 percent of disclosure conversations and offered a verbal apology only 47 percent of the time.

Patient disclosure is important in the medical error process. The current standard of practice at many hospitals is to disclose errors to patients when they occur. In the past, it was a common fear that disclosure to the patient would incite a malpractice lawsuit. Many physicians would not explain that an error had taken place, causing a lack of trust toward the healthcare community. In 2007, 34 states passed legislation that precludes any information from a physician's apology for a medical error from being used in malpractice court (even a full admission of fault). This encourages physicians to acknowledge and explain mistakes to patients, keeping an open line of communication.

The American Medical Association's Council on Ethical and Judicial Affairs states in its ethics code:

"Situations occasionally occur in which a patient suffers significant medical complications that may have resulted from the physician's mistake or judgment. In these situations, the physician is ethically required to inform the patient of all facts necessary to ensure understanding of what has occurred. Concern regarding legal liability which might result following truthful disclosure should not affect the physician's honesty with a patient."

From the American College of Physicians Ethics Manual:

“In addition, physicians should disclose to patients information about procedural or judgment errors made in the course of care if such information is material to the patient's well-being. Errors do not necessarily constitute improper, negligent, or unethical behavior, but failure to disclose them may.”

However, "there appears to be a gap between physicians' attitudes and practices regarding error disclosure. Willingness to disclose errors was associated with higher training level and a variety of patient-centered attitudes, and it was not lessened by previous exposure to malpractice litigation". Hospital administrators may share these concerns.

We will be looking forward to hearing a positive response from you soon.

T cells, B cells and the range of the human body’s immune response — A simple decoder