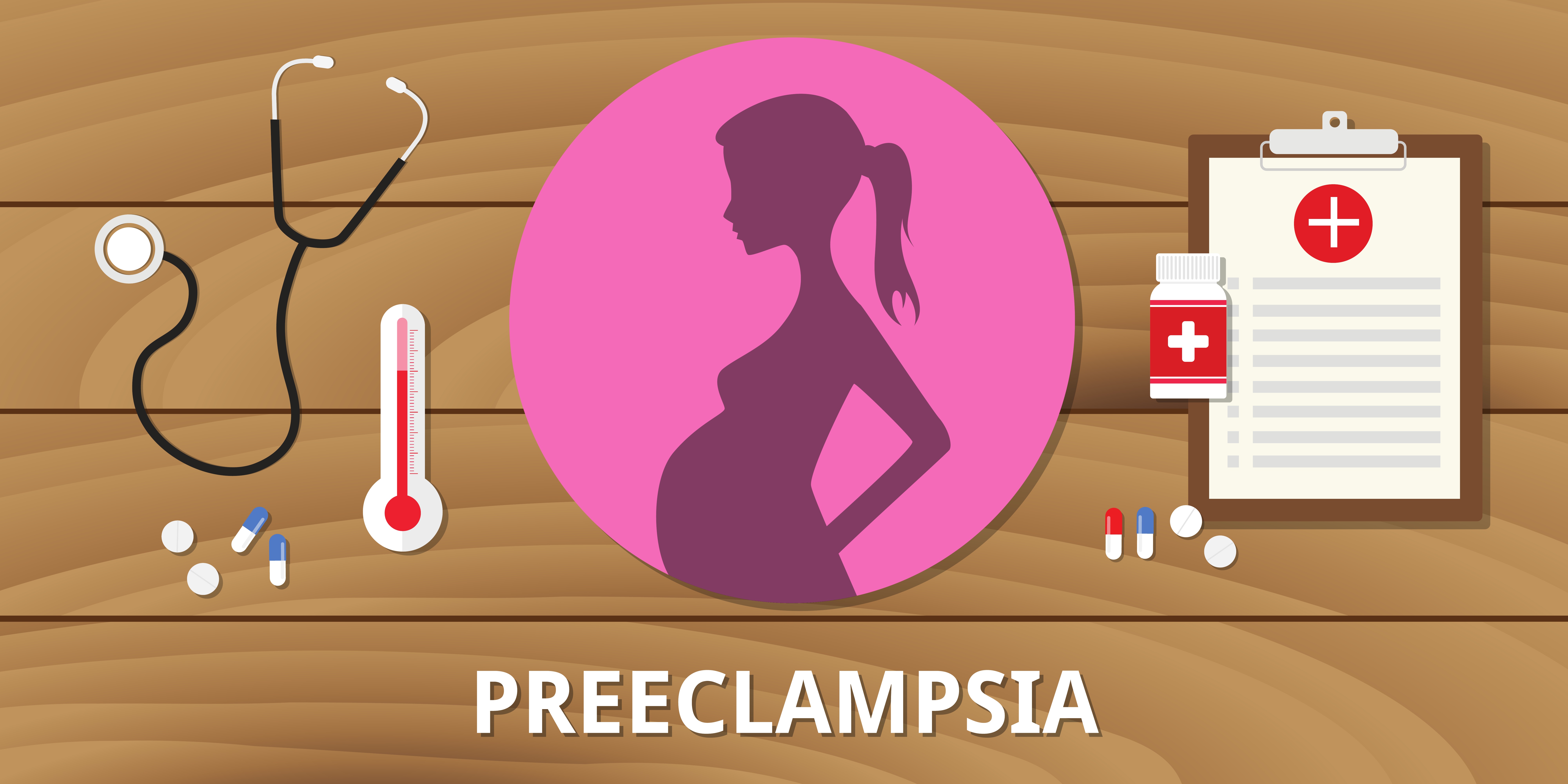 The basic pathology of preeclampsia is intense vasospasm affecting whole of the vascular system, especially renal, uterine, and cerebral vessels, which is probably due to an increase in vasopressor substances such as angiotensin II, thromboxane A2, endothelin-1, and a decrease in vasodilator substances such as nitric oxide and prostacyclin due to endothelial cell dysfunction.

The mechanisms regulating fetal growth are poorly understood. Apart from genetic predisposition, factors such as chromosomal aberrations, nutritional and environmental factors or toxic exposition during pregnancy, insulin, and insulin-like growth factors (IGFs) have been implicated as a primary determinant of fetal weight.

IGFs are released in response to growth hormone(GH) stimulation in the liver and act as hormones. Furthermore, IGFs exerts mitogenic actions through paracrine and autocrine mechanisms to stimulate cellular proliferation and differentiation. IGF-binding proteins (IGFBPs) modulate the function of IGF-1. IGFBP-1 is synthesized by the fetal liver and is highly expressed in the decidua during pregnancy. IGF-1 has been detected in preimplantation embryo and in syncytiotrophoblasts and cytotrophoblasts throughout gestation.

During placentation, IGF producing “intermediate” trophoblast of the anchoring villus invades the IGFBP-1-rich maternal decidua to gain access to the maternal blood vessels.[4] IGF-1 and IGFBP-1 modulate placental growth and reduced levels of IGF-1 and IGFBP-1 during late first trimester has been reported.The mechanism of effect of IGF-1 on fetal growth is not clear as maternal IGF-1 cannot cross the placenta. IGF-1 levels in umbilical cord blood have been reported to positively correlate with birth weight.

Informed consent was taken from all the patients. Women with a history of chronic hypertension, any metabolic disorder before or during pregnancy, or presence of high-risk factors such as heart disease, diabetes, renal disease were excluded.

The present study was conducted during 2011–2012 in the Department of Biochemistry in collaboration with the Department of Obstetrics and Gynaecology, Pt. B. D. Sharma, PGIMS, Rohtak. This study was approved by the Ethics Review Committee of the institute. Fifty pregnant women attending the outpatient Department of Obstetrics and Gynaecology were randomly enrolled and divided into two groups: Group I (control, n = 25) normotensive women with singleton pregnancy at the time of delivery; and Group II (study, n = 25) age- and gestation-matched women with singleton pregnancy and systolic blood pressure ≥140 mm Hg or diastolic blood pressure ≥90 mm Hg with or without proteinuria at the time of delivery.

Findings of the present study suggest that IGF-1 and leptin play a central role in controlling fetal growth.

Benefits of Green Tea and its role in fat burning

When the blood thickens – Treating arterial thrombosis in COVID-19 patients